Making it work! Teen Mom 2 star Jade Cline announced she is back together with her off-again, on-again boyfriend Sean Austin. She confirmed her relationship status with the father of her daughter, Kloie Austin, with a sexy photo of the couple after they reconciled their relationship.

“Loving you has always felt so right. I’m so proud of you … You’ve proved people who’ve [made] mistakes can change, evolve, improve, and learn,” Jade, 23, captioned a steamy picture of the couple laying in bed together via Instagram on March 13. “It hasn’t always been easy but it’s always been worth it. Cheers [clinking glasses emoji] to us and forever.” 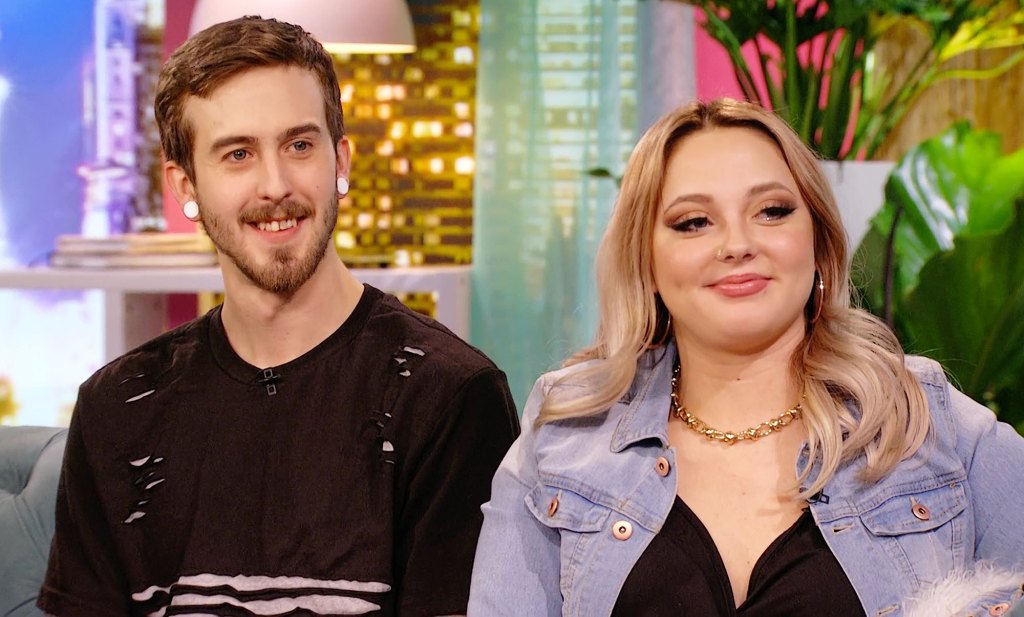 Fans took to the comments to share their thoughts on their tumultuous relationship, which has played out on Teen Mom 2. “Stop [doing] all them shows on TV just to be on IG so called ‘in luv [sic]’ again SMFH [woman facepalming emoji],” one fan commented.

“You people don’t realize how old that s–t is? It honestly makes me laugh. Last episode that aired was [filmed] over a year and a half ago. A lot changes in a year and a half. We have a beautiful daughter and we love each other. That’s all that matters. We’ve grown and became such better people. I’m not in your relationship, so why be in mine?” Jade hit back, according to a screengrab shared by blog Teen Mom Shade Room.

The cosmetologist, who has since deactivated comments on the post, also defended her man and shared additional details about their newly rekindled romance via a Q&A session on her Instagram Story. When a fan asked how long she and Sean have been back together, she responded, “A while. I just keep my personal life private on social media. We lived separately for a while and I think that definitely helped us both. We both really worked on making our relationship healthy and better. At the end of the day, we love each other so we both didn’t want to give up on our relationship.”

Jade and Sean documented the rough patch in their relationship on season 10 of the hit MTV reality TV series. The couple clashed over Sean’s apparent lack of motivation to go back to school and begin a career to help Jade provide for their family financially. Things got so heated that Jade kicked Sean out of the home where they were living together and their relationship seemed to be over for good. Since then,?Sean has gotten his act together and Jade expressed how proud she is of her man in a separate Q&A slide.

“He loves himself more and is living such a happy life,” Jade responded to a fan who asked how Sean has changed since their last split. “It’s hard to love others correctly when you [aren’t] loving yourself … now he is always smiling, has multiple good friends [and] he’s following his dreams [red heart emoji].”

Another fan asked how Sean has been chasing his dreams, and Jade gushed over his accomplishments as he pursues a career in the music industry. “He’s been making music. [He] and his friends from Cali are actually performing at Rolling Loud in May. This is super big for him and his career and I’m [so] proud of him,” Jade revealed. “Rolling Loud is a huge event and it will open up even more doors for him. He’s super talented. I knew he would go far.”

Copyright2018.3D adult，Let us grasp the first-hand information and news of all walks of life in time！